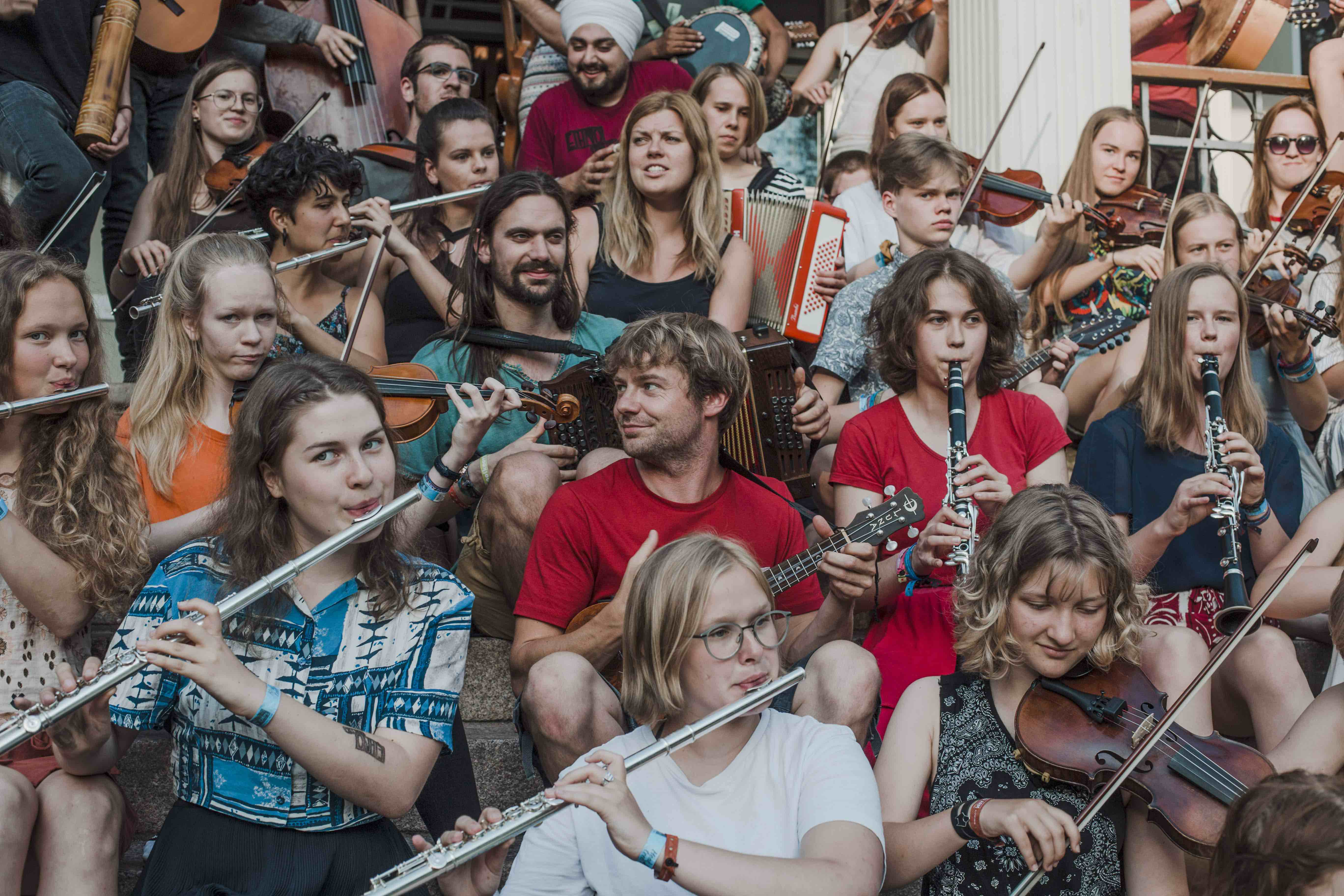 The registration for ETHNO Estonia camp which is organised by the Estonian Traditional Music Center and is taking place for the 25th time this year opens today on March 1. At the end of the camp, young instrument players perform at concerts at the Viljandi Folk Music Festival.

ETHNO Estonia camp that takes place in the beautiful Kõpu manor during June 13-26 is open for youngsters aged 16-30. Under the guidance of Estonian and hopefully also Finnish and Brazilian tutors, the campers will learn traditional tunes from each other by ear. „We’re expecting 50-70 participants,“ said the Head of ETHNO Estonia Margit Kuhi. „In previous years, two thirds of the participants have been local and one third from abroad. Registration is open for everyone but only time will tell what the travel situation is like in the summer.”

For the sixth year in a row, another camp is held at the same time as ETHNO Estonia camp for slightly younger instrument players. Kid’s ETHNO camp is open for youngsters aged 12-16 who are interested in traditional music and play an instrument on a good level (have at least five years of experience). Kid’s ETHNO takes place on July 16-22 in the Kärstna manor. After that, the participants spend two days at the Viljandi Folk Music Festival where they give two concerts. The camp will host 36 kids and the registration opens also today on the 1st of March.

You can register for ETHNO Estonia camp here and Kid’s ETHNO camp here.

As ETHNO Estonia is celebrating its 25th birthday this year, a documentary is being filmed at the camp. The film is directed by Jürgen Volmer and it will be released for the Viljandi Folk Music Festival in 2022.

The world’s first ETHNO camp was held in Sweden 31 years ago. Estonia was the second country to organise these camps – our own ETHNO camp was started in 1997 by Krista Sildoja and Tuulikki Bartosik. Nowadays, these camps are being organised all over the world and coordinated by the organisation Jeuneses Musicales International where the Estonian Traditional Music Center is a member.