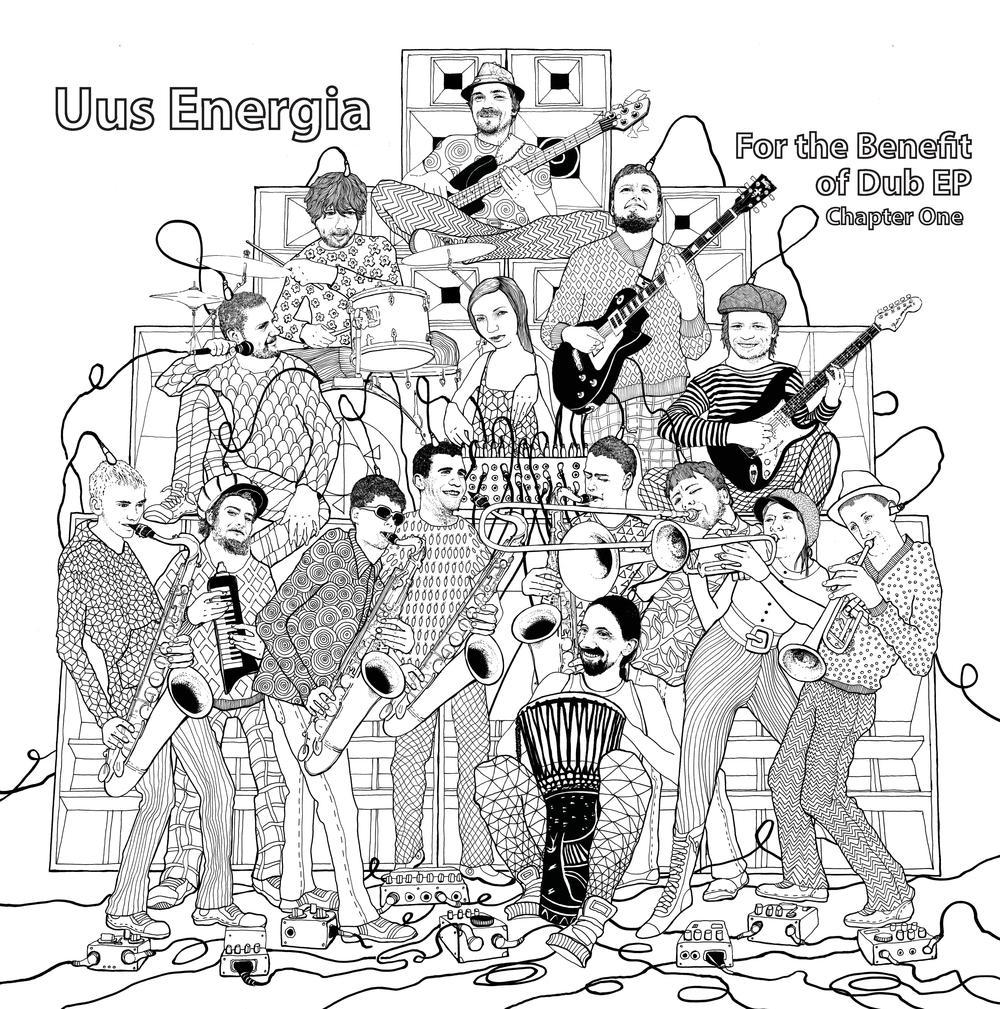 Uus Energia - For the Benefit of Dub EP, Chapter One (vinüül)

Uus Energia was formed in year 2009 when a small group of friends started fooling around with one drop of rhythm and skank. Born essentially out of a punk rock soul the band's first dub experiments maintained a healthy tone of roughness that eventually has transformed into a more conventional form of reggae-dub.

In 2012 Uus Energia released their debut album "Studio Live Dub", since then the Tallinn based group has steadily sprouted their roots in collective dub-consciousness. This record is a first of a series to reflect on contemporary dub music - scattered between the influences of electronic bass culture and traditional live instruments, it is here for the benefit of dub itself.

Over the years uus Energia has educated a lot of promising musicians to understand the arts of dub music. Although seen many different lineups, the heart and brains behind the band has remained, watching over the growing cilture of reggae-dub enthusiasts in Estonia.