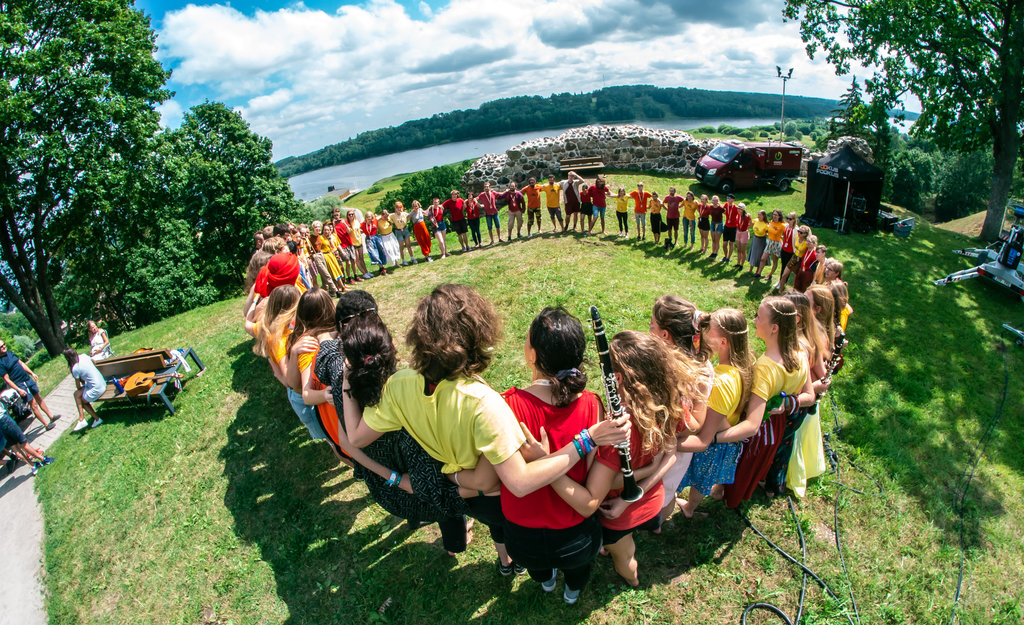 ETHNO is an international music camp, where traditional music from different countries is learned by ear in workshops led by the participants themselves. Every day, 3-4 participants share a tune or a song with others, the tunes are arranged together and later performed at concerts. The idea is to give the young musicians a taste of different music cultures and create a network of musicians from around the world. The whole process of workshops and learning is supported by the organizers, artistic leaders and volunteers of the camp.

The very first ETHNO camp ever took place in 1990, in Sweden, Dalarna. Today, ETHNO camps are held in very different places all around the world. The camps are coordinated by the organization Jeunesses Musicales International (JMI), of which Estonian ETHNO is also a member. You can read more about that https://www.ethno-world.org/ and http://jmi.net/programs/ethno

ETHNO camps have been regularly held in Estonia since 1997. Back then, two traditional music students, Krista Sildoja and Tuulikki Bartosik, had the chance to participate at the ETHNO camp in Falun, Sweden. This experience gave them a desire to do something similar in Estonia as well. The first traditional music camp inspired by their ETHNO experience, took place in the same year in Viljandi, right before the Viljandi Folk Music Festival, where the youngsters ended the camp with a big concert. Since 2000, the camp is called ETHNO Estonia. Find out more about the history of the camp HERE. Estonian Traditional Music Center organizes ETHNO camps both for children and youngsters. KidsETHNO is for children 10-16, and ETHNO Estonia for youngsters aged 16-30. In KidsEthno, the focus is mainly on traditional music, in ETHNO Estonia traditional tunes from many different countries are learned and played.